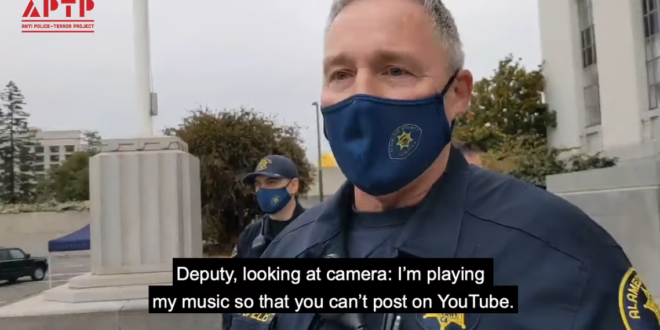 A confrontation Tuesday between a police sergeant and member of the public didn’t start out unusually. James Burch, policy director of the Anti Police-Terror Project (APTP), was standing outside the Alameda Courthouse in Oakland, California when an officer approached him and asked him to move a banner.

As the two argued, the sergeant noticed he was being filmed. Then, he pulled out his phone and started playing “Blank Space” by Taylor Swift — in an apparent play to exploit copyright takedowns and keep the video off social media.

“You can record all you want,” he said, according to a video obtained by The Verge. “I just know it can’t be posted to YouTube.”

Cops trying to exploit automated copyright systems to keep videos off social platforms is just the most dystopian thing. It is also stupid and destined to focus even more attention on these videos, because this ain’t how it works. https://t.co/LWW6I6jjU7