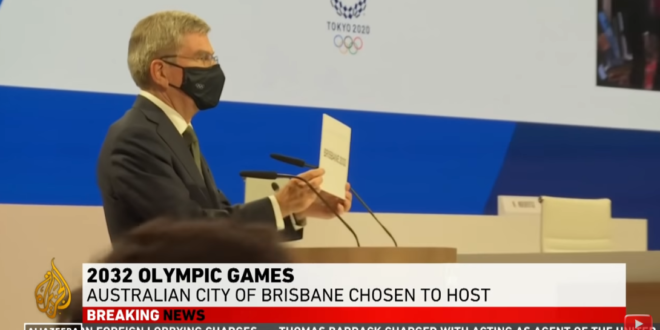 The International Olympic Committee on Wednesday awarded the 2032 Summer Games to Brisbane, Australia, after designating the city earlier this year as the sole contender.

Brisbane, about 450 miles north of Sydney, will become the third Australian city to host the Games after Melbourne in 1956 and Sydney in 2000. It is the first Olympic host to be selected under a new system that removes competitive bidding, a shift designed to reduce campaign costs and potential vote-buying.

Brisbane is the capital of Queensland state and has targeted sports events as a way to give it a bigger global profile after being overshadowed by Sydney and Melbourne. The city, which has a population of 2.56 million, hosted the Commonwealth Games three years ago.

Australia will host the Olympics for a third time with the Summer Games to be held in Brisbane in 2032 https://t.co/mF09iaqvJP