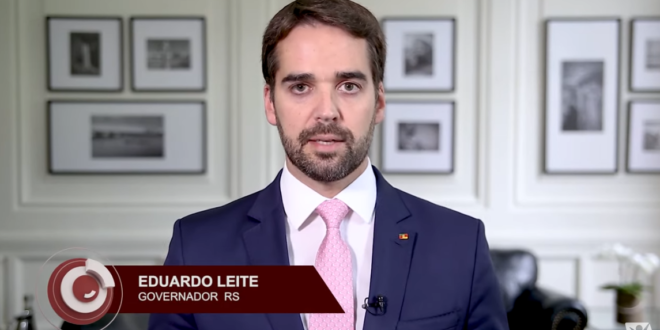 One of Brazil’s leading politicians, the presidential hopeful Eduardo Leite, has announced he is gay – a rare move celebrated by many as a triumph over prejudice in a country whose president has declared himself a proud homophobe.

Leite, the 36-year-old governor of the southern state of Rio Grande do Sul, made the announcement on Thursday night during an interview with the country’s top broadcaster, TV Globo.

“I’m gay – and I’m a governor who is gay rather than a gay governor. Just as Obama in the United States wasn’t a black president, but a president who was black. And I’m proud of this,” said Leite, from the centre-right Brazilian Social Democratic party (PSDB).

Leite, who hopes to become his party’s nominee to challenge current president — and notorious anti-LGBTQ politician — Jair Bolsonaro in 2022, was an early supporter of the controversial leader. However, he became a vocal critic of the president due to the current administration’s disastrous handling of the COVID-19 pandemic. Fabiano Contarato, who became Brazil’s first openly gay senator in 2018, congratulated Leite for his courage.

Jean Wyllys, Brazil’s first openly gay congressman, was less forgiving. “After spending years in the closet and being an outspoken supporter of a homophobic racist who turned out to be a genocide; after the silence in front of all the horrors experienced by the LGBTQ community in this country, we at least need to look at his coming out with a certain degree of critical conscience,” he tweeted.