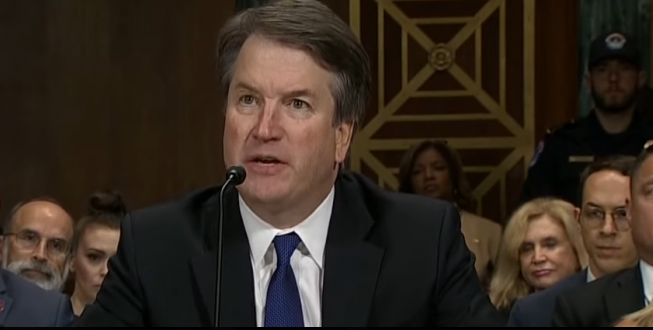 Former President Donald Trump, in a book out Tuesday by Michael Wolff, says he is “very disappointed” in votes by Supreme Court Justice Brett Kavanaugh, his own hard-won nominee, and that he “hasn’t had the courage you need to be a great justice.”

Driving the news: “There were so many others I could have appointed, and everyone wanted me to,” Trump told Wolff in an interview for the cheekily titled “Landslide.”

“Where would he be without me? I saved his life. He wouldn’t even be in a law firm. Who would have had him? Nobody. Totally disgraced. Only I saved him.” After the election, as Axios’ Jonathan Swan reported in his “Off the Rails” series, Trump saved his worst venom for people who he believed owed him because he got them their jobs.

There was never a Supreme Court case that could have overturned the election, but Trump is nevertheless mad at Kavanaugh for not overturning the election.https://t.co/Tz7T6Pio1w