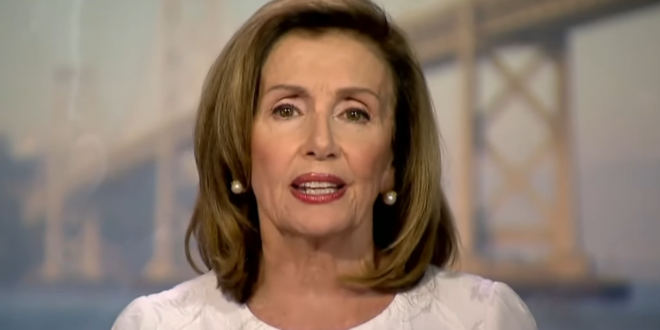 Speaker Nancy Pelosi (D-Calif.) was fearful former President Trump would launch nuclear weapons in his final days in the White House, according to a new book.

Washington Post journalists Carol Leonnig and Philip Rucker write in “I Alone Can Fix It: Donald J. Trump’s Catastrophic Final Year” that Pelosi called Gen. Mark Milley, the chairman of the Joint Chiefs of Staff, after the Capitol riot to express her concerns about Trump’s behavior.

According to the book, she wanted to ensure Trump could not start a war and launch nuclear weapons as one of his final acts in power. “This guy’s crazy,” Pelosi reportedly told Milley. “He’s dangerous. He’s a maniac.” Milley responded, “Ma’am, I guarantee you that we have checks and balances in the system.”