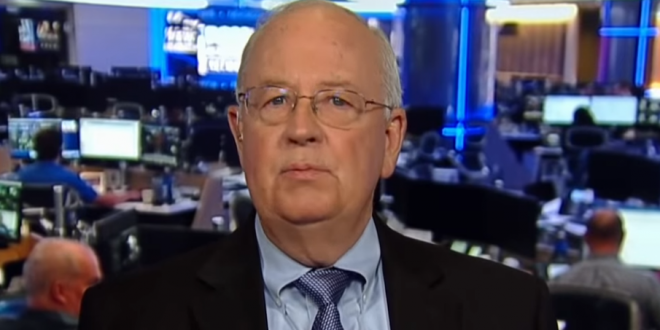 BOOK: How Ken Starr Protected Epstein From The Feds

Ken Starr, the lawyer who hounded Bill Clinton over his affair with Monica Lewinsky, waged a “scorched-earth” legal campaign to persuade federal prosecutors to drop a sex-trafficking case against the billionaire financier Jeffrey Epstein relating to the abuse of multiple underaged girls, according to a new book.

The author, who is credited with blowing open the cover-up, calls Starr a “fixer” who “used his political connections in the White House to get the Justice Department to review Epstein’s case”.

Ken Starr, who hounded Bill Clinton over his affair with Monica, waged a “scorched-earth campaign” to protect pedophile Jeffrey Epstein. It’s quite something how *MANY* key GOPers and trash like Barr and Dershowitz were UP TO THEIR NECKS in Epstein’s trip. https://t.co/qM9KN6PwEW

Ken Starr is a hypocrite of stupendous dimensions. Though, it seemed impossible just a few hours ago that anyone could exceed the hypocrisy of the loathsome Newt Gingrich, Starr has done it. (1)

24 years after the fact, the final shoe has dropped on the Clinton impeachment farce which was orchestrated by a wretched assemblage of preening and pious hypocrites from the odious Lucianne Goldberg and Linda Tripp to Gingrich and Starr’s team of little Cotton Mathers. (2)

If there was justice in this world these people would spend the rest of their lives on their knees begging @MonicaLewinsky for forgiveness. Starr is a man beneath contempt. Shame on him

The simple truth is this. Sec. Clinton was right about a “vast right wing conspiracy.” There was and is. It is filled awful people, louses and hypocrites. It has done horrible damage to the country and out of it came the foundation for the fascist movement that imperils us all

Although I go into this more in my book, Ken Starr was probably the most powerful force behind Jeffrey Epstein’s secret plea deal. Without him, it probably would not have happened the way it did, and Epstein would have ended up in prison for a very long time. https://t.co/tiprRb6WUd

According to this new book, Ken Starr used his connections with the office of Attorney General MICHAEL MUKASEY – now an unregistered foreign agent of at least Turkey – to protect Jeffrey Epstein. https://t.co/cxbzSpHoxS

Someday the villainy of Ken Starr and Brett Kavanaugh will be revealed. After years of lying about Whitewater indictments that never came, they constructed an illegal perjury trap that put Clinton under oath in an unrelated civil suit, surprising him with a question about Monica.

We have much left to learn about this mess… https://t.co/ECAeNGCNoY

“ The inexplicably vulgar questions that were asked of a disgraced, red-faced Bill Clinton — about cigars and oral sex — were, of course, scripted by a young Brett Kavanaugh, who is now Starr’s legacy on the Supreme Court.” — Judi Hershman https://t.co/cbmajIgjba

Esquire and the Guardian broke the embargo on my book but they got the point of my book — it’s about how powerful people get a pass. https://t.co/dp25OUbgEs