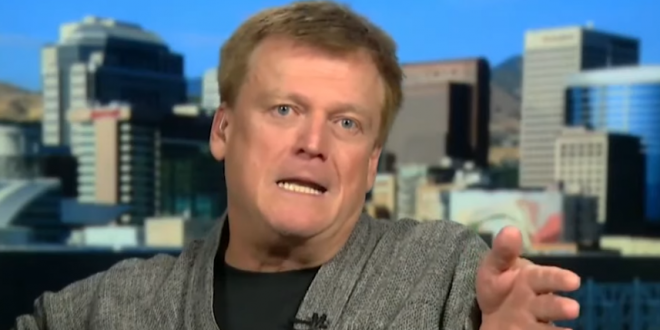 A private contractor conducting a Republican-commissioned review of 2020 presidential ballots in Arizona’s largest county announced late Wednesday that it has collected more than $5.7 million in private donations to fund the process.

In a statement, Cyber Ninjas indicated that $3.25 million came from the America Project, a group led by former Overstock chief executive Patrick Byrne.

Byrne became a key player in challenging the legitimacy of the election after the November vote, joining former national security adviser Michael Flynn and pro-Trump attorney Sidney Powell in a raucous December meeting with Trump in the Oval Office.

Read the full article. As you may know, Byrne is a major QAnon nutbag. Earlier this year he claimed to have told Trump that he paid Hillary Clinton an $18 million “bribe” as part of an FBI sting.