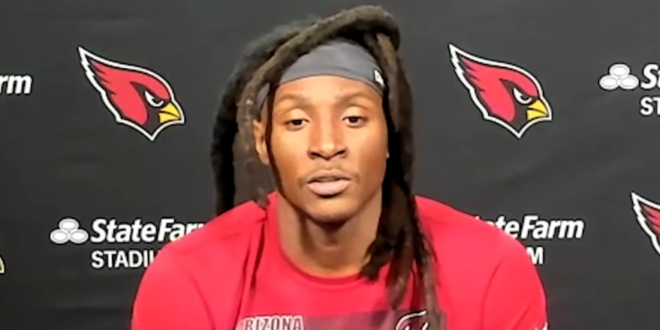 DeAndre Hopkins isn’t pleased with the NFL’s decision to punish the unvaccinated. The league sent a memo to all 32 teams Thursday that said it would not extend the season for teams that have a COVID-19 outbreak among unvaccinated players. In other words, the team with the outbreak will forfeit and take a loss.

Hopkins vented his frustration with the league’s decision in a tweet that has since been deleted. “Never thought I would say this. But being put in a position to hurt my team because I don’t want to partake in the vaccine is making me question my future in the NFL,” Hopkins posted.

Whether or not Hopkins will get the vaccination isn’t yet known, but the receiver apparently felt it was important to share his opinion on the issue — before deciding to delete the tweet.

DeAndre Hopkins deleted a tweet “questioning [his] future” in the NFL after the league announced any team with a COVID outbreak due to unvaccinated players could result in a forfeit pic.twitter.com/PsOeCWQy4u