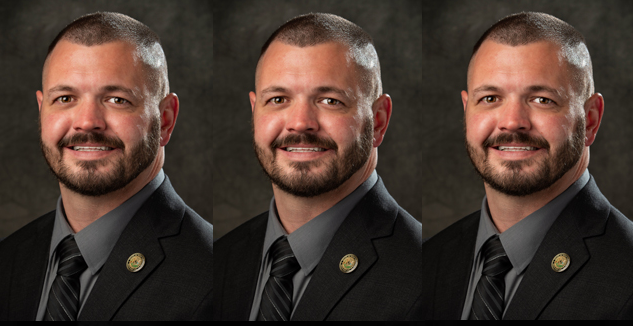 A West Virginia delegate who sponsored a bill forbidding the teaching of sexuality in public schools went viral on social media with a video of an explicit discussion of advice for women receiving oral sex.

Delegate Joe Jeffries, R-Putnam, posted the video on Tiktok, a social media platform popular among youth that features short-form videos. He has run into earlier conflicts too.

During the most recent legislative session, when lawmakers were to wear masks in committee meetings and floor sessions, Jeffries stood out by wearing a mesh mask. That received attention both in the state and nationally.

The TikTok video has since been made private but here’s a partial transcript:

So here’s the thing ladies. If he’s not pushing you up, gasping for air, then you are probably doing it wrong. You should be rubbing that thing all over his face, like hard. His nose should be shoving your clit so far back up inside of you that it just drives you wild. Sit, not hover, sit. Push down. All your weight. He’ll take care of the rest.

The silence from @WVGOP is deafening this morning. The same Delegate who introduced legislation banning Sex Ed has a plethora of vulgar videos on a social media platform aimed at teenagers. Where’s @FamilyPolicyWV? Where’s GOP Leadership?

When you lead sponsor a bill banning teaching sexuality but your tiktok is your sex ed hot takes.

No sex shaming here, but the hypocrisy knows no bounds.

After a brief review of Delegate Joe Jeffries’ Tik-Tok, I’ve determined that he really, really wants everyone to know he does sex.

Del. Joe Jeffries is the same man who introduced a bill to silence teachers from showing support for their LGBTQ students and to prevent teachers from discussing comprehensive sex ed. https://t.co/pIi4MHzNsQ

The pearl-clutching left is just mad that Joe Jeffries is taking a powerful stand for women and traditional marriage. He will win in 2022 by a greater margin than in 2020. Akinyele was a thought leader.

Del. Joe Jeffries introduced a bill to ban teaching “sexuality” in schools, after he was angered by a display in support of LGBT kids.

Here, he offers some sex-ed about male pleasure that would certainly frustrate and get a rise out of the anti-sodomites of @familypolicywv pic.twitter.com/HhXVdfjvdf