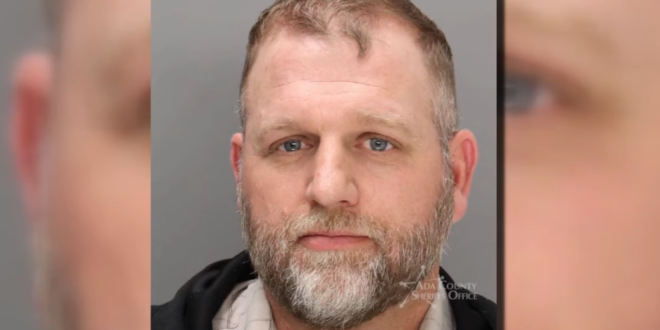 Ammon Bundy was convicted of trespassing and resisting and obstructing by a jury Thursday night in connection to his arrest in a hearing room at the Idaho State Capitol Building during a special legislative session last summer.

Bundy’s went limp and acted like dead weight during the arrest, ignoring orders to stand up and put his hands behind his back, leading to the resisting and obstructing charge.

Bundy is facing several other trespassing charges for later returning to the Capitol Building after being barred from it for a year following his special session arrest. He has pleaded not guilty in that case.

A jury just convicted Ammon Bundy of misdemeanor trespassing and resisting charges for an incident last year in which troopers wheeled him out of the state Capitol in a chair.

He got a 3 day jail sentence but credit for time served.https://t.co/HjTGA7xoDf