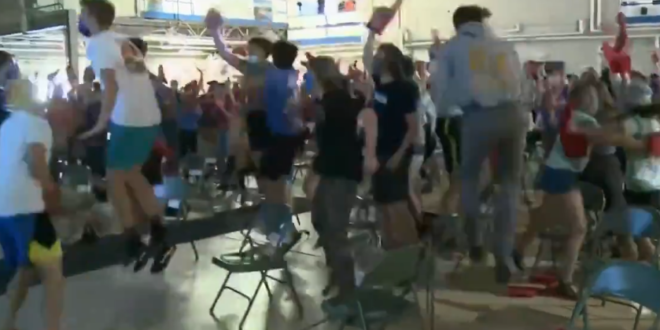 Seventeen-year-old Lydia Jacoby of Seward became an Olympic champion in dramatic fashion Monday in Japan to become the first American woman to win a gold medal in swimming at the 2020 Summer Olympics.

In third place midway through the women’s 100-meter breaststroke, Jacoby unleashed what has now become her signature fast finish to surge to a stunning victory at the Tokyo Aquatics Center.

She captured the gold in a time of 1 minute, 4.95 seconds. To prevail, she had to beat Olympic record-holder Tatjana Schoenmaker of South Africa (silver in 1:05.22) and world record-holder Lilly King of the United States (bronze in 1:05.54).