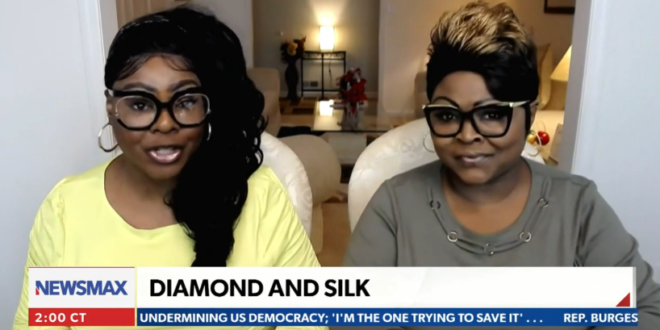 On Newsmax Friday, longtime conservative internet talkers turned talk show hosts Lynnette Hardaway and Rochelle Richardson, better known by their stage names “Diamond and Silk,” tore into Fox News during a segment about James Murdoch donating to left-wing causes, saying that their executives should be charged with “crimes against humanity” and “election interference.”

As you may recall, Fox News fired the pair last year after they claimed that COVID is spread by 5G towers. Newsmax, obviously, is fine with that.