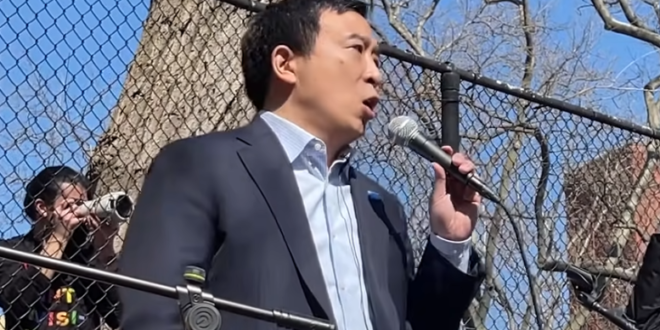 Andrew Yang’s supposedly defunct mayoral campaign served competitors papers in a preemptive lawsuit filed ahead of the city’s counting of ranked choice votes — charging on even after conceding the race Tuesday.

Pre-emptive suits can preserve a campaign’s right to correct any errors in election returns so that a judge can step in if necessary. Going to court ahead of the count may be attractive to some candidates given that the extended tallying period for the new ranked choice voting system makes for tight legal filing deadlines.

Yang’s press team didn’t directly answer questions about the lawsuit, filed June 18 in Bronx Supreme Court. But the representatives pointed to a tweet from Chris Coffey, Yang’s co-campaign manager: “It’s standard practice for protecting absentees and we are withdrawing. Calm down.”

As his campaign was crashing and burning, @AndrewYang filed this lawsuit against me and the other candidates for Mayor a few days ago. I was just officially “served” today as a parting gift from the Yang campaign. (1/4) pic.twitter.com/5HPMg4pMFD

The purported reason for the suit is for the Yang campaign to reserve its rights to contest the results in the event of a close election. Given Andrew Yang’s disappointing finish, this lawsuit isn’t worth the paper it is printed on!! (2/4)

Yang went from the overwhelming frontrunner with wall-to-wall media coverage to finishing in a distant fourth. The fact that he filed this lawsuit, just days before Election Day, thinking that he would be in contention for the win is yet another embarrassment for Andrew! (3/4)