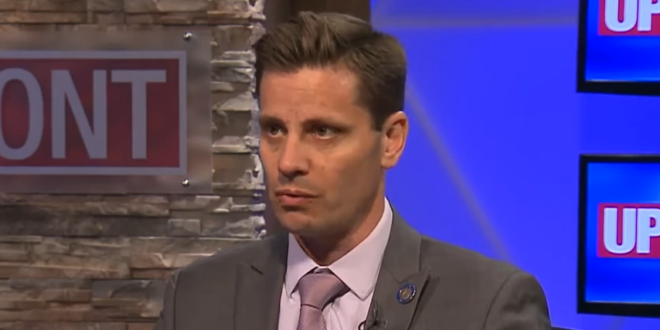 From a groveling letter to Trump from Republican Wisconsin Senate president Chris Kapenga:

One of the most frustrating things to watch during your Presidency was the continued attacks on you from fake news outlets with no accountability to truth. I can’t imagine the frustration you and your family felt.

Unfortunately, in our positions of public service, we have to accept the reality that often “truth” in the media is no longer based on facts but simply what one feels like saying.

This leads me to your recent press release stating that I am responsible for holding up a forensic audit of the Wisconsin elections. This could not be further from the truth.

Nevertheless, I need to correct your false claim against me. I never received a call from you or any of your sources asking about the election audit. If you had, I would have told you that long before your press release I called the auditor in charge of the election audit that is taking place in Wisconsin and requested a forensic component to the audit.

This leads me back to your press release. It is false, and I don’t appreciate it being done before calling me and finding out the truth. This is what both of us have fought against. Being cut from similar cloth in our backgrounds, and knowing that reparation must always be of more value than the wrong done, I have two requests.

I feel I need to respond even though you will likely never hear of it, as the power of your pen to mine is like Thor’s hammer to a Bobby pin.

First, I ask that you issue a press release in similar fashion that corrects the information and also encourages people to support what I have requested in the audit.

Second, you owe me a round of golf at the club of your choice. I write this as I am about to board a plane due to a family medical emergency.

In addition to my Trump socks, I will pull up my Trump/Pence mask when I board the plane, as required by federal law. I figure, if the liberals are going to force me to wear a mask, I am going to make it as painful for them as possible.