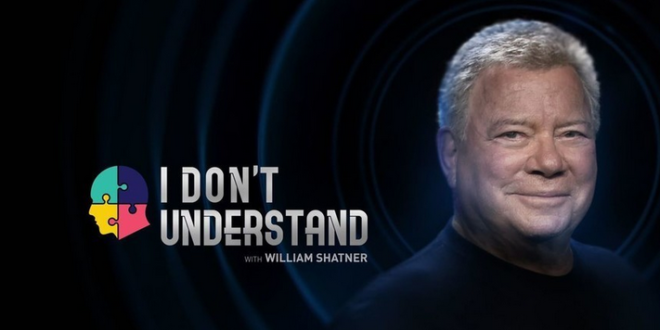 RT America is proud to announce the premiere of I Don’t Understand, hosted by world-famous actor and author William Shatner. I Don’t Understand will see Shatner seeking to answer fascinating and timely questions that pique the natural interest of everyone, but that the establishment media all too often hesitates to tackle.

From “should I worry about space debris falling from the sky?” to “are we alone in the universe?” to “what is dark matter?” to “what was before the Big Bang?” each episode will bring the Emmy and Golden Globe-winning actor face to face with some of today’s most perplexing conundrums.

RT (formerly Russia Today) is a Russian state-controlled international television network funded by the federal tax budget of the Russian government. RT has been described as a major propaganda outlet for the Russian government and its foreign policy. Academics, fact-checkers, and news reporters (including some current and former RT reporters) have identified RT as a purveyor of disinformation and conspiracy theories.