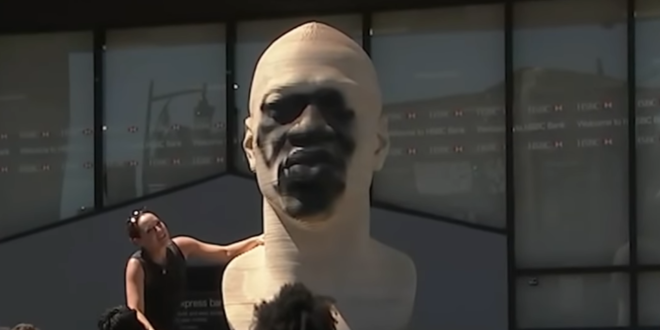 A statue honoring George Floyd in Brooklyn was vandalized with black spray paint and the name of a white supremacist group, Patriot Front, on Thursday morning. The statue’s unveiling took place less than a week ago on Juneteenth, with Floyd’s brother Terence in attendance. The NYPD Hate Crimes Task Force said it was investigating the incident, which took place between 3 and 5 a.m., but a spokesperson said, “There are no arrests and the investigation is ongoing.”

The City Cleanup Corps is repairing the statue right now and a hate crime investigation is underway. We will bring these cowards to justice. pic.twitter.com/mTwzwIyG4z