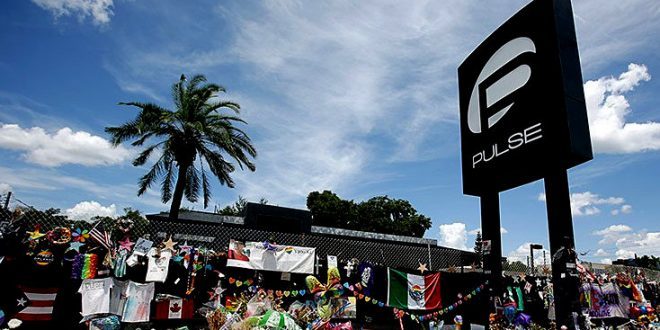 US Senate Designates Pulse As A National Memorial

Days before the fifth anniversary of the Pulse nightclub shooting, U.S. Senators passed a bill designating the site of the former nightclub as a national memorial. The legislation passed unanimously Wednesday afternoon after its sponsor, Sen. Rick Scott, asked that it and its companion bills be approved by unanimous consent in observance of the five years since the mass shooting.

H.R. 49, the U.S. House’s version of the bill, and Senate Resolution 265, both honoring the victims of the shooting, also passed the Senate unanimously. Sen. Marco Rubio, who co-sponsored the bill alongside Sen. Alex Padilla (D-Calif.), expressed condolences for those affected by the tragedy, calling it the “deadliest attack on American soil” since Sept. 11, 2001.

Read the full article. The anniversary is Saturday.

Previous Avenatti Pleads For Six Month Sentence In Nike Case
Next Pew Survey: Global Trust In US Soars Under Biden