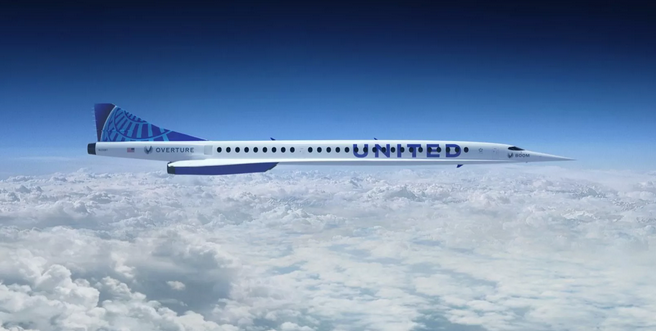 United Airlines is the first official U.S. customer for Boom Supersonic, a company focused on making supersonic commercial flight a reality once again.

Boom unveiled its supersonic sub-scale testing aircraft last year, and intends to start producing its Overture full-scale commercial supersonic passenger jet beginning in 2025, with a planned 2029 date for the beginning of commercial service after a few years of flight testing, design refinement and qualification.

United agreed to purchase 15 of the Overture aircraft, provided they meet United’s “safety, operating and sustainability requirements,” and the agreement also includes an option for the airline to purchase an additional 35 after that.

Boom will have to overcome many obstacles, including securing approval from the Federal Aviation Administration and regulators in other countries. Even established manufacturers have stumbled when introducing new or redesigned planes. Boeing’s 737 Max was grounded for nearly two years after two crashes.

Boom’s planes will not be as noisy as the Concorde because their engines will create a sonic boom only when flying over water “when there’s no one to hear it,” said Boom’s chief executive, Blake Scholl, who previously worked at Amazon and Groupon.

Mr. Scholl said the engines on Boom’s planes would rely entirely on sustainable aviation fuel, which can be made from waste, plants and other organic matter. Experts say such fuel could reduce emissions, but its supply is limited, it is expensive and its use does not eliminate greenhouse gas emissions.

The last supersonic commercial flight took place in 2003, after which British Airways retired its Concorde fleet.

Introducing the United supersonic fleet.@United will purchase up to 50 Overture airliners and fly the fleet on 100% sustainable aviation fuels. https://t.co/zVG2aMCVKx #BoomSupersonic pic.twitter.com/kg9eoFT2Ww