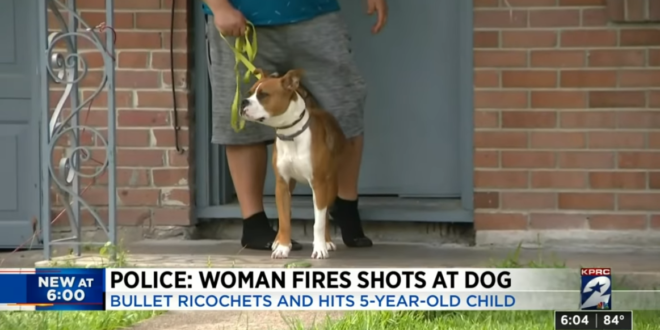 A Texas woman was arrested after she attempted to shoot a loose puppy that had run into the street and accidentally struck her 5-year-old son in the abdomen, the Houston Police Department (HPD) announced on Tuesday. According to HPD, officers responding to reports of a shooting at Dunham Road on Saturday learned that 24-year-old Angelia Mia Vargas used a “small caliber pistol” to fire three shots “at a puppy running loose across the street.” One of those bullets apparently ricocheted and struck her child.