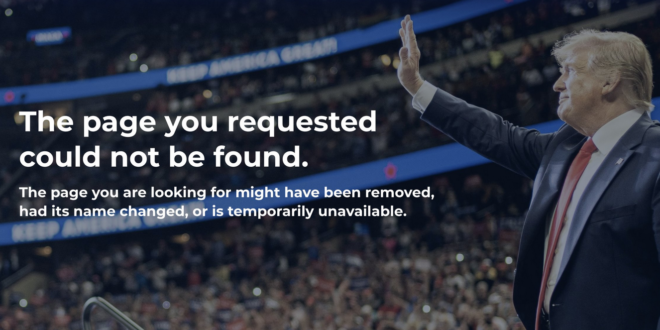 Former President Donald Trump’s blog — a webpage where he shared statements after larger social media companies banned him from their platforms — has been permanently shut down, his spokesman said Wednesday.

The page, “From the Desk of Donald J. Trump,” has been scrubbed from Trump’s website after going live less than a month earlier. It “will not be returning,” his senior aide Jason Miller told CNBC.

“It was just auxiliary to the broader efforts we have and are working on,” Miller said in email correspondence.