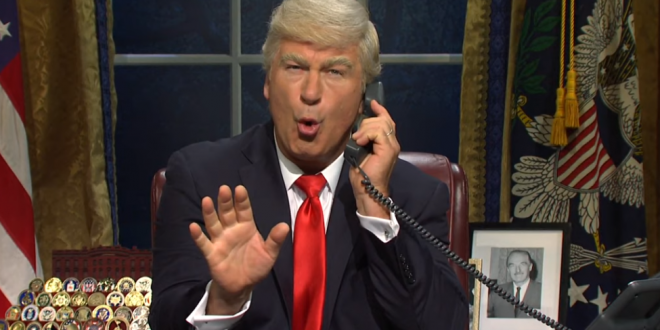 Trump Wanted DOJ To Stop SNL From Mocking Him

According to two people familiar with the matter, Trump had asked advisers and lawyers in early 2019 about what the Federal Communications Commission, the courts systems, and—most confusingly to some Trump lieutenants—the Department of Justice could do to probe or mitigate SNL, Jimmy Kimmel, and other late-night comedy mischief-makers.

To those who heard it, Trump’s inquiries into what federal regulations could be used to bust the likes of Kimmel and SNL was more of a nuisance than a constitutional crisis

“It was more annoying than alarming, to be honest with you,” one of these sources recalled. However, the conversations further showed, in the pettiest of ways, how the 45th U.S. president was keen on turning the country’s top law enforcers into something more akin to his own personally retained law firm.

Donald Trump Wanted His Justice Department to Stop ‘SNL’ From Mocking Him. https://t.co/5uLvKxTV4q via @thedailybeast pic.twitter.com/yHu9J8BZgM