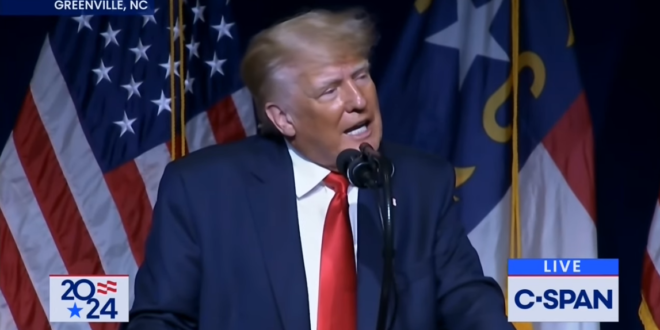 “Now when I made the best speech I’ve ever made, they said it was at West Point. And it was pouring and I had a ramp that was an ice skating rink.

“I’ll tell you, I wasn’t going to fall. I think that was a booby trap. I’ll never forget that ramp, that was like a sheet of ice.

“It was cold, rainy and that ramp was long and steep.” – Donald Trump, still enormously butthurt over that day’s mocking.

As was noted at the time, the weather in West Point that mid-June day was clear, warm, and dry.

This is literally what he’s been thinking about every single day since he got kicked out of office.

Every time he was laughed at, mocked on social media, the butt of a joke. It’s eating him alive. And if he gets half a chance, he’s going to make every single one of us pay. https://t.co/qYcD4CRAtY