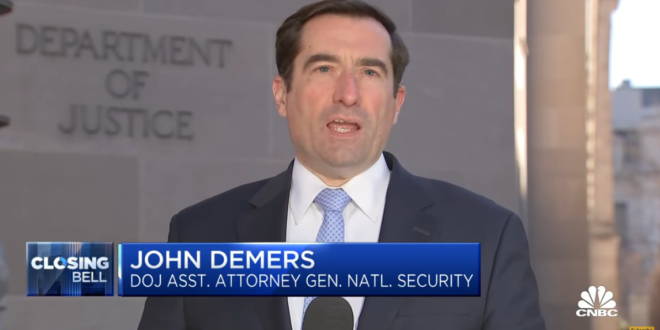 Trump Appointee To Step Down In DOJ Spying Scandal

John Demers, the head of the Justice Department’s National Security Division, is expected to step down at the end of next week, according to a person familiar with the matter, a departure that was arranged months ago but now comes amid widespread backlash over investigations into leaks of classified information that began under the Trump administration.

Mr. Demers was the longest-serving Senate-confirmed official from the Trump administration to remain at the Justice Department during the Biden presidency. Justice Department officials say that all appropriate approvals were given for those orders, meaning that the attorney general at the time, not Mr. Demers, signed off.

SCOOP: In a long-planned departure, NSD head John Demers will step down June 25. A leader trusted by Biden’s top DOJ officials, he steps down amid widespread backlash over investigations into leaks of classified informationhttps://t.co/tm7xbpMzib