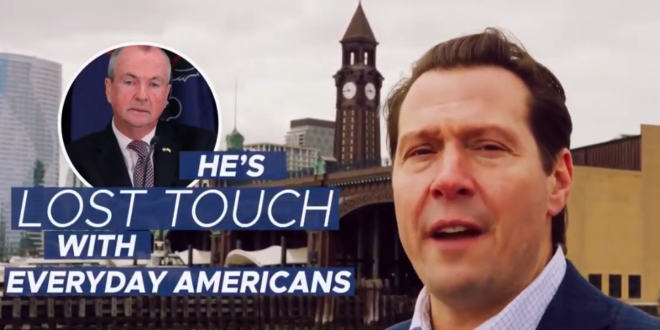 It’s MAGA versus the mainstream in Tuesday’s GOP gubernatorial primary, as two candidates who adhere to the ideology of Donald Trump face off against a former state assemblyman who fits the pre-Trump Republican mold. Candidates Hirsh Singh, an engineer who has unsuccessfully run for congress, governor, and senate, and Phil Rizzo, a real estate developer and pastor, both believe that former President Trump won.

Singh called Trump the greatest president of his lifetime at a debate last month, and Rizzo describes himself as the “medical freedom candidate,” claiming masks don’t work and have psychologically damaged children. Jack Ciattarelli, a former accountant and business owner who served two terms in the Assembly and unsuccessfully sought the Republican gubernatorial nomination four years ago, is the front-runner.

Read the full article. Rizzo first appeared on JMG in April over a shady home deal with his “church.” Curiously, Rizzo’s church has only one other known employee. On Twitter, he spreads the usual Trumpian lies about the election and the “left wing” rioters at the US Capitol. In a campaign video, he appears with the covidiot New Jersey gym owner (and convicted killer drunk driver) who is offering free memberships to anybody who refuses to get vaccinated.

MAGA Mounts Bid For GOP Nomination In New Jersey Against The Mainstreamhttps://t.co/tU9Y0B8lDU