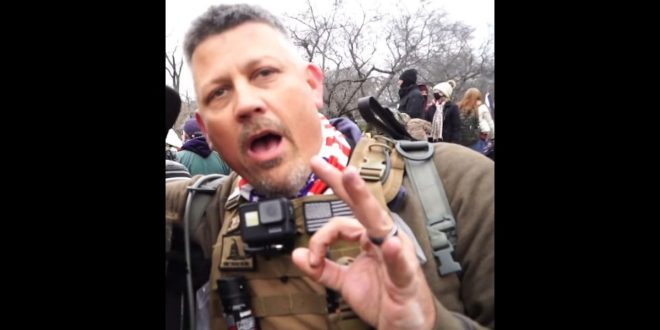 Finding a Proud Boys member’s complaints of inadequate medical care behind bars “without merit,” a federal judge issued a scathing ruling on Wednesday explaining why he kept him in jail—and highlighting his vulgar Facebook tirades against the “pu**y ass bitch” he believed “ratted” him out following an FBI visit.

“Believe I know who ratted,” Christopher Worrell, 49, told an unidentified user on Jan. 18, the day the FBI interviewed him, according to the ruling. As commenters responded, Worrell added: “It’s a simple case of a butt hurt pu**y ass bitch that thought they could F**k with someone with some dumb bullshit!! They are about to get educated in ‘real life.”

Read the full article. Worrell is charged with assaulting Capitol police with chemical spray. He first appealed for release in April, claiming he’d contracted COVID behind bars and now claims he’s had a recurrence of non-Hodgkins lymphoma.

Judge Finds Proud Boy’s Pleas to Get Out of Jail ‘Without Merit,’ Highlighting Vulgar Threats He Made Against People Who ‘Ratted’ Him Outhttps://t.co/cj18yResKU