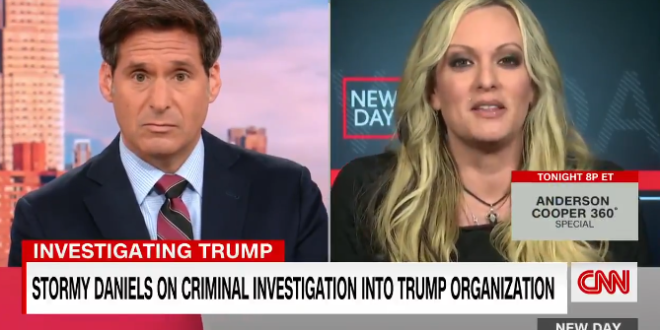 “I would tell them that money was traced back to Russian funds. I would give them copies of the bank wires and all of the transcripts for that.

“And I think that anybody should be really terrified that a normal citizen can take the fall for somebody in power.” – Stormy Daniels, telling CNN today that her attorney has been talking to New York City’s prosecutors on the Trump case.

Stormy Daniels says her attorney has been in contact with New York investigators as part of their investigation into former President Trump and his company.https://t.co/HPA0VU5VQp pic.twitter.com/bQ0uhQ7q8Y