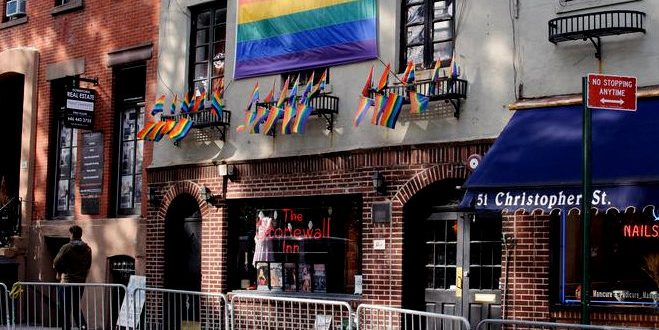 The Stonewall Inn, widely regarded as the birthplace of the LGBTQ rights movement, will ban Anheuser-Busch products from the bar during NYC Pride weekend, June 25-27, in response to news that the company made political contributions to lawmakers behind bills targeting transgender youth.

Community members will join the bar’s owners in a public ‘pour-out’ of Bud Light, Michelob ULTRA, and Stella Artois in front of the bar on Wednesday, June 23, to demand that the company stop donating to anti-LGBTQ legislators and commit to using its lobbying efforts to advance the Equality Act, which, if passed, would afford LGBTQ people with equal nondiscrimination protections under federal law.

According to data from the Keep Your Pride campaign, since 2015, Anheuser-Busch has made 48 donations totaling $35,350 to 29 anti-LGBTQ legislators behind recent bills attacking trans youth.

Through its nonprofit arm, The Stonewall Inn Gives Back Initiative, Stonewall recently launched the Safe Spaces program, which identifies and certifies entertainment venues, food and beverage locations, stores, businesses, and other public venues as Safe Spaces for LGBTQ people.

Under its criteria for certification, businesses that donate to anti-LGBTQ lawmakers would not qualify for designation as a Safe Space.