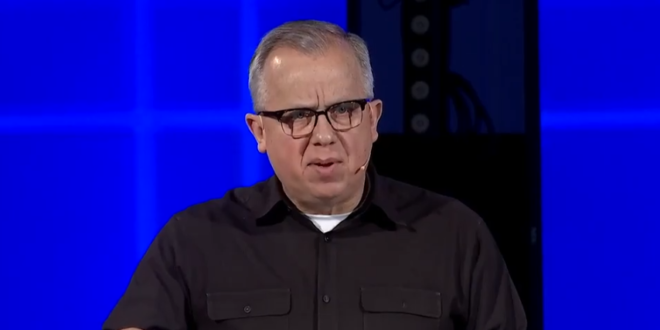 The election of the pastor, Ed Litton , was the result of what was effectively a three-way standoff for the leadership of the nation’s largest Protestant denomination.

In the first round of voting on Tuesday afternoon, Southern Baptists rejected a prominent mainstream candidate and onetime favorite for the presidency, Al Mohler Jr., who received 26 percent of some 14,000 votes.

The race then headed for an immediate runoff vote that pitted an ultraconservative pastor from Georgia, Mike Stone, against Mr. Litton, who has largely avoided the culture wars. When officials announced the results from the stage — Mr. Litton bested Mr. Stone by just 556 votes, or four percentage points — the floor erupted in a mixture of cheers and boos.

In the press conference following his election as the 46th president of the Southern Baptist Convention, Ed Litton spoke of family, healing and conversations to come. All of those dealt not only with subjects such as racial reconciliation and sexual abuse, but a Convention still divided over how to approach them.

Earlier in the evening, messengers voted overwhelmingly to pass a resolution “On the Sufficiency of Scripture for Race and Racial Reconciliation.” A proposed amendment to specifically address critical race theory (CRT) in the resolution failed.

Litton said that while CRT has become a reality for the broader culture, people don’t need to fear it becoming an influence “within the Southern Baptist culture.”

In a dramatic showdown, Southern Baptists rejected a prominent mainstream candidate for their presidency, and instead headed for an immediate runoff vote that would pit an ultraconservative pastor against one who has largely avoided the culture wars. https://t.co/yslZ6A74ny