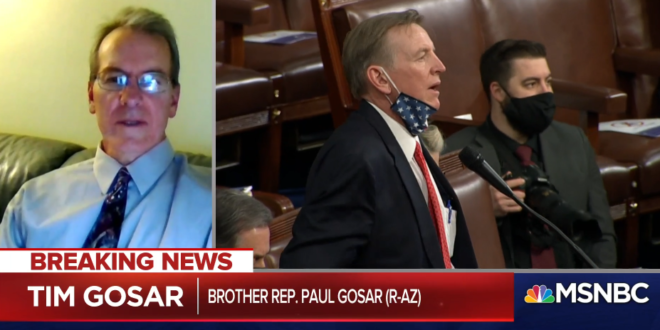 Few members of Congress have been as loud in repeating Donald Trump’s false election claims as Rep. Paul Gosar, the Arizona Republican who rallied supporters of the president to overturn the election and has been at the forefront of efforts to downplay the Capitol riot.

Two of his estranged siblings told NBC News in interviews the congressman’s conduct around the riot should be deeply probed and that he should face more serious consequences for his ongoing efforts to delegitimize the electoral results and the attack on the U.S. capitol.

Rep. Gosar’s siblings want their brother kicked out of Congress. They think Democrats are moving too slow. https://t.co/AlH2tAYre6