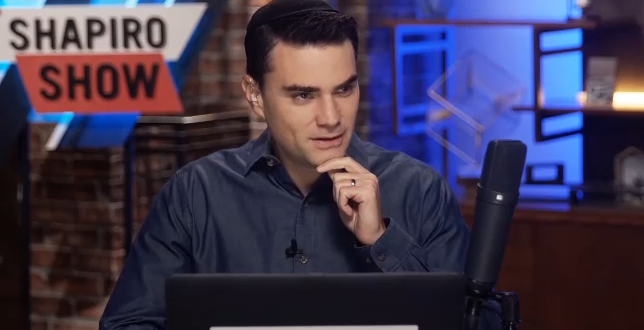 Shapiro On NYC Dems: They Don’t Want To Ban Crime

During the New York City Democratic mayoral primary debate on Wednesday, candidates were asked what they would ban if elected. Predictably, Ben Shapiro was widely mocked for pointing out – in apparent earnestness – that none of the candidates said they would ban crime, which by definition, is banned.

I was pretty positive this ridiculous tweet had to be a photoshopped spoof, but no, it’s there on his timeline.

Thank you, Ben Shapiro, for being brave enough to demand we finally start banning crimes. pic.twitter.com/hoerVVQ6H6

I agree with Ben. We should make crimes against the law https://t.co/ZrVijOyriI

Yes, famously, the problem with crime is that it is not illegal. https://t.co/f9tr32ouS3

Previous Charges Dropped For Trucker Who Drove Into Protesters
Next Biden: Despite Variant, Future US Lockdowns “Unlikely”