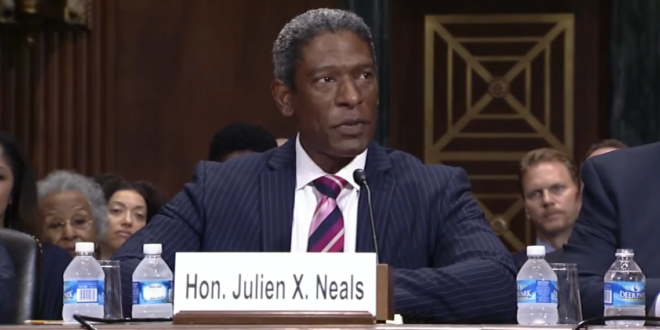 The Senate voted 66-33 on Tuesday to confirm Julien Xavier Neals to be U.S. District Judge for the District of New Jersey.

Neals is President Biden’s first judicial nominee to be confirmed, as Democrats begin a push to “restore the balance” of the courts after the GOP-led Senate confirmed a record number of conservative judges under former President Trump.

Neals was previously nominated to serve on the district court by former President Obama in 2015, but his nomination expired after then-Majority Leader Mitch McConnell (R-Ky.) declined to bring it for a vote.