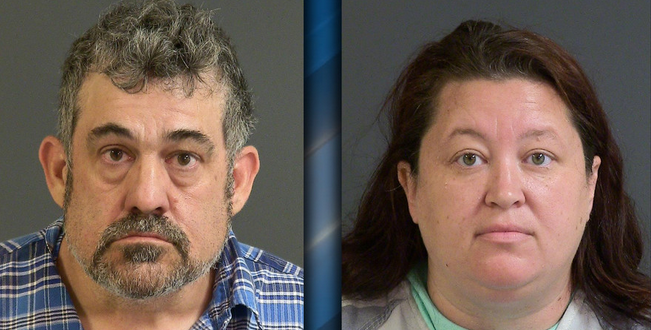 SC Couple Charged In Capitol Riot: “This Is War”

Two more alleged South Carolina rioters in the Jan. 6 Capitol insurrection have been arrested by the FBI, bringing the total number of people with S.C. ties arrested to seven.

John Getsinger Jr. and Stacie Hargis-Getsinger, of Hanahan, a city in Berkeley County just north of Charleston, were arraigned Tuesday afternoon in Charleston before U.S. Magistrate Judge Mary Gordon Baker in a initial proceeding where they were presented with the charges against them.

One of those arraigned Tuesday posted on Facebook the conspiracy theory claim that “The (presidential) election was rigged, and this ain’t over,” according to a criminal complaint in the case. https://t.co/loxeAF2UDV

The FBI has charged a South Carolina couple with federal crimes in connection to the January 6 riot that saw supporters of former President Donald Trump storm the U.S. Capitol in Washington DC.https://t.co/NdsaH4Ky1B pic.twitter.com/rcXxNXjgBH

John Getsinger, Jr. and Stacie Hargis-Getsinger appeared in federal court in Charleston on charges for knowingly entering a restricted building and violent entry and disorderly conduct on Capitol grounds.@Live5News https://t.co/v5CtOgPJhG

NEW: This Berkeley County couple is facing federal charges after authorities say they stormed the U.S. Capitol building during the Jan. 6th riot.