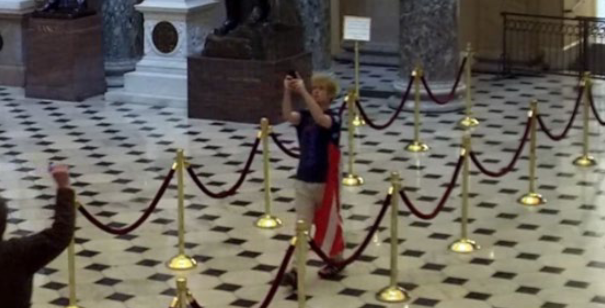 On Wednesday, the FBI took Anthony Joseph Scirica, of Kernersville, into custody at the Winston-Salem courthouse. He is charged with knowingly entering or remaining in a restricted building or grounds without lawful authority and violent entry and disorderly conduct on Capitol grounds.

Investigators were also able to review alleged recordings of Snapshot stories under the display name, “adthestrokes.” His last Snapchat story shows a photo from ABC News of a person with their back to the camera with an American flag on their back. The picture was captioned, “Anthony made it on TV.”

‘Anthony made it on TV’: Kernersville man arrested by FBI, charged for alleged involvement in Jan. 6 Capitol riot https://t.co/gG9Ts6vv3u pic.twitter.com/e5B2GnfkdA

Not to be confused with 3rd Circuit Judge Anthony Joseph Scirica — “I have no knowledge of this person with the same name,” he replied when asked if there was any relation pic.twitter.com/PnMiQsDyOn