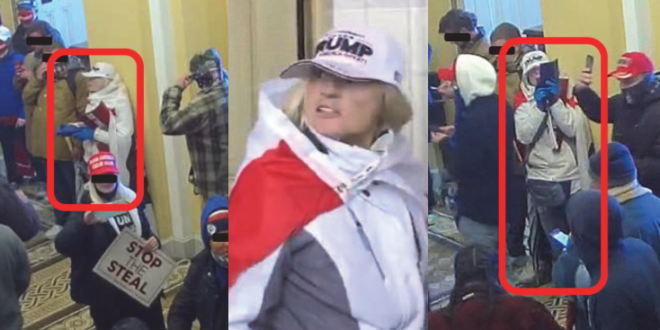 Riot Suspect Collared After Coworkers Spot Her On TV

Lois Lynn McNicoll, 69, of San Clemente, a Department of Public Social Services employee, made her initial appearance in Los Angeles federal court Monday following her arrest and was released on a $10,000 bond, according to FBI spokeswoman Laura Eimiller.

McNicoll was identified in an ABC News video posted on Eyewitness News’ Facebook page in January that shows a female wearing a white hat emblazoned with the name “Trump,” according to federal prosecutors.

A screenshot of the video was passed to the FBI by two fellow DPSS employees, who confirmed it was McNicoll.