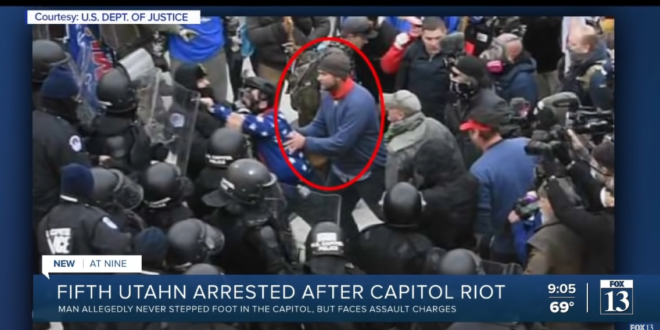 A U.S. Capitol insurrection defendant who is charged with assaulting police on the frontlines said he has no regrets for his actions, has questions about the 2020 election and acknowledges he was seeking to confront lawmakers while in the crowd on Jan. 6.

Landon Copeland, an Iraq War veteran from Utah, spoke about his actions during the Capitol breach, during a lengthy jailhouse telephone interview with NBC Washington reporter Scott MacFarlane on Saturday.

Copeland gained additional notoriety in May, when MacFarlane first reported the outburst Copeland made during a procedural hearing. Copeland interrupted the judge on multiple occasions. He yelled, “F— all of you. F— all of you.”

The man made a series of outbursts during a May procedural hearing in his case, including yelling a string of vulgarities at the judge and court, which delayed some of his court proceedings, according to the court transcript. https://t.co/MSzNGMQIqB