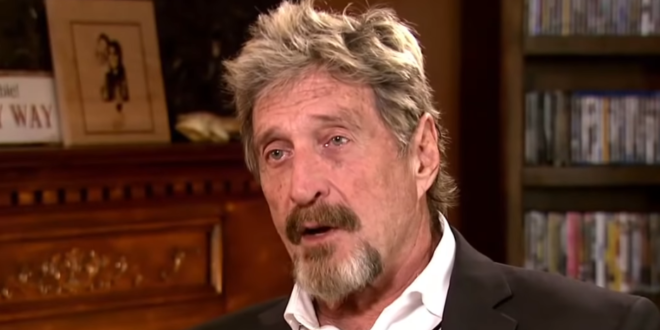 The widow of John McAfee, the British-American tycoon who died in a Spanish prison this week while awaiting extradition to the United States, on Friday demanded a “thorough investigation” of his death, saying her husband did not appear suicidal when they last spoke.

Authorities in Spain are conducting an autopsy on McAfee’s body but have said that everything at the scene in his cell indicated that the 75-year-old killed himself.

An official source familiar with the investigation told The Associated Press that a suicide note had been found in McAfee’s pocket. The source, who was not authorized to speak about an ongoing judicial inquiry, refused to comment on the content of the note.

John McAfee had a suicide note in his pocket when he was found dead in his prison cell in Spain on Wednesday, according to the Associated Press https://t.co/sbBVLnLmcQ