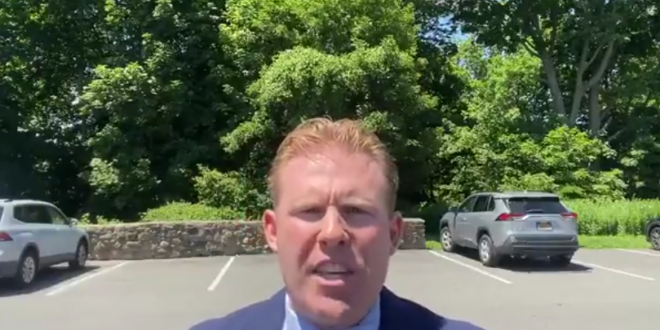 “As you may have heard, a few minutes ago my father’s law license was just suspended by the New York state First Appellate Division. All five of them are Democrats, three of which were appointed by Andrew Cuomo.

“Five to nothing, ultimately. Democrats with zero Republicans on there. This is just unbelievable to see just how politicized all of this has become.

“I am infuriated by all of this. This is going after one of President Trump’s closest allies. That’s exactly what this is, And any American that doesn’t believe that — they are just biased.

“This is unacceptable, and I stand by my father. He did everything, ultimately, by the book. And the fact that there would be this politicization in our Justice Department is just disgusting.

“This is a cancer that needs to be cut out.” – Andrew Giuliani, raging in a poorly-framed Twitter video that names all five of the judges who ruled against his daddy.

Perhaps obviously, the New York state judicial system is not part of the Justice Department.