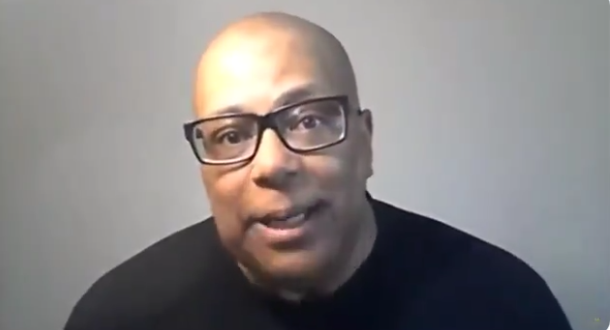 “Tiger Woods! That was an attempted assassination. They wanna lie to you and I that Tiger Woods was intoxicated and he was driving too – that’s a lie. Okay?

“So there was no break or cement ravine in the place where Tiger almost lost his life. Well, the deep state wanted to take him out. Why? A week before his ‘accident’ he sold off his shares in Reddit, Game Stop, okay? And Robin Hood.

“And Tiger Woods was going to give a major press conference concerning Reddit, Game Stop, and Robin – he was going to expose it at the highest levels in connection to the Biden family. Now his legs are crushed.” – Larry Gaithers, self-proclaimed bishop and QAnon nutbag.

QAnon conspiracy theorist Bishop Larry Gaiters claims that Tiger Woods’ car accident “was an attempted assassination” by the deep state, which wanted to silence him before he exposed the Biden family’s ties … to GameStop. pic.twitter.com/5rirFVr6rP