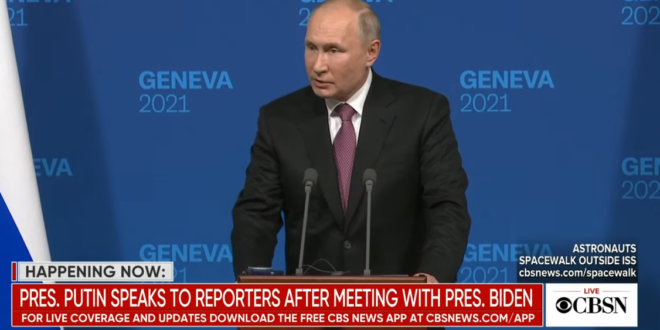 Russian President Vladimir Putin on Wednesday cited Ashli Babbitt’s death to deflect from a question about his treatment of political opponents. “On the question of who is murdering whom, people rioted and went into the Congress in the United States with political demands,” Putin replied, invoking the mob that entered the Capitol on Jan. 6.

“Many people were declared criminals and they were threatened with imprisonment for 20 to 25 years. And these people were immediately arrested after those events. On what grounds, we don’t know. One of the participants was just shot on the spot — and [she was] unarmed as well,” he added. “Many countries are going through exactly what we are going through.”

Putin Cites Death of Ashli Babbitt to Deflect from Treatment of Russian Prisoners https://t.co/HYB5EMj849 via @mediaite