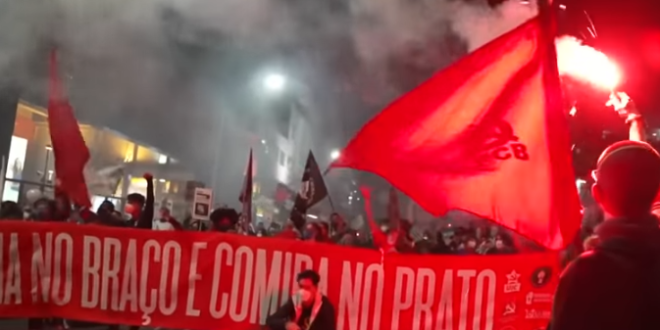 Anti-government protesters have taken to the streets in cities across Brazil as the nation’s confirmed death toll from COVID-19 soared past half a million. It’s a tragedy many critics blame on President Jair Bolsonaro’s attempt to minimize the disease.

They were promoted by left-wing opposition parties who have been heartened by Bolsonaro’s declining poll ratings with next year’s presidential race looming.