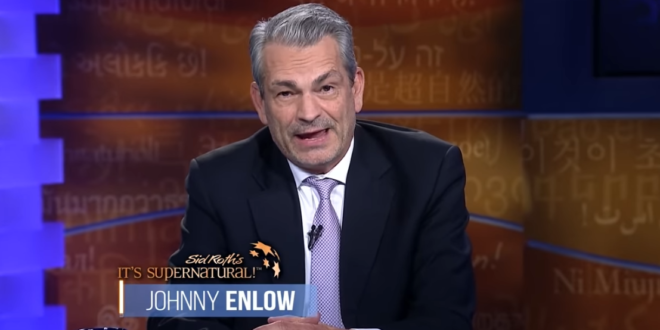 Prophet: If You Don’t Love Trump, God Will Punish You

“I call it the ‘Trump Test.’ It’s a biblical precedent that it’s not sufficient just to say, ‘Hey, I worship God, I’m totally sold out to God or to Jesus.’

“You won’t find the time in history where you didn’t have to also figure out who to be aligned and connected with.

“If you go against God’s person that he’s using, his instrument, even if you think you have 100 percent devotion to God, it’s going to cost you.

“You’re  going to come under the judgment for not recognizing it. This is a line in the sand, this Trump Test.” – Self-proclaimed prophet Johnny Enlow.