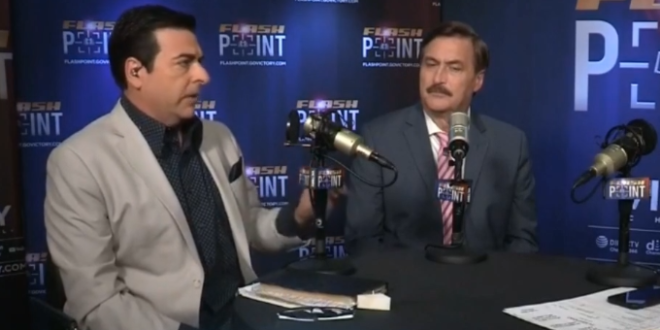 Prophet: God Sent Mike Lindell To Save Us, Also Trump Called Me In A Dream To Say He Will Be Back In Power

“There’s a man sent from heaven named Mike Lindell that God is using to wake up America with a different kind of awakening, and it’s called a great awakening to the truth.

“God speaks to me in dreams. And I asked the president—he called me in the dream—and I asked him, I said, ‘How are things going President Trump?’

“And he said to me, ‘Hank, it’s going to happen sooner than you think.’ And then he said these words; he said, ‘Tell the people that they have been and are aggressively working on this and we are going to see our nation restored to the people.’

“And then the dream switched, and we were in some big meeting place, and we were singing the national anthem, and he had his hand over his heart, the military were there, and the patriots of America were rejoicing. This is what’s coming.” – Self-proclaimed prophet Hank Kunneman.
PREVIOUSLY ON JMG: Hank Kunneman warns that people who criticize his prophecies will be stricken with leprosy. Kunneman rages at evangelicals who defy his prophecies by acknowledging that Biden won. Kunneman and his wife “shush” Trump’s accusers in the name of Jesus. Kunneman claims his prayers “derailed” the Mueller investigation. Kunneman says God anointed Trump so that Christians will have the “blood right” to rule over all Americans. Kunneman says that God’s sign that Christianity will once again control America will come in the form of a holy thumb drive.