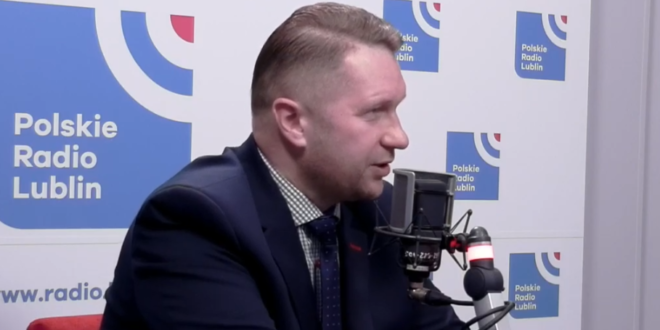 Poland’s education minister said on Wednesday a march held in support of equal rights for LGBT people was an “insult to public morality” and questioned whether participants were normal, prompting angry protests from the opposition.

Przemyslaw Czarnek also rejected the idea that “inclusive language” should be used in schools. “In Polish schools, the Polish language is obligatory, not any language of inclusiveness,” he said. “In Polish… satisfying sexual desire in a way different from the accepted norm is called perversion and deviation.”

The education ministry has recently announced planned reforms, including changing students’ reading lists to include more patriotic texts and the works of the late Polish pope, John Paul II.

Read the full article. Czarnek has previously declared that “LGBT ideology” has its roots in Nazism.

Previous Eric Trump: Biden Is Making It Easy For My Father To Run In 2024, “We’re Gonna Walk Through That Door”
Next Chaos And Arrests At VA School Board Meeting Over Critical Race Theory, Which Isn’t Being Taught [VIDEO]