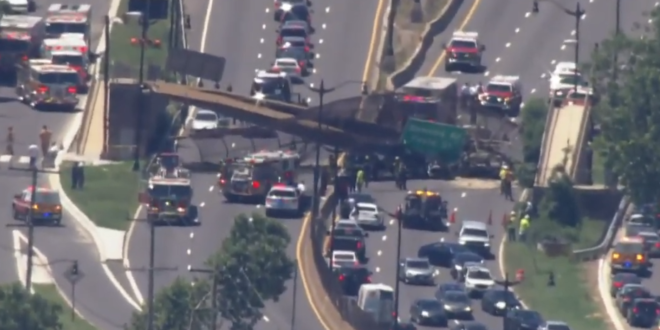 Authorities say four people were hurt after a pedestrian bridge collapsed in Northeast D.C. The incident happened around 12 p.m. along Interstate 295 just prior to Polk Street. Officials say four people suffered minor injuries and were hospitalized.

Emergency crews remained at the scene checking in vehicles beneath the fallen section of the bridge. Hazmat units are also on scene for a diesel fuel leak caused by the collapse. The collapse has closed Interstate 295 in both directions.