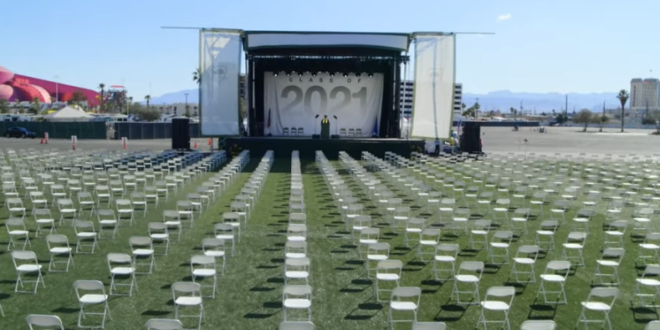 James Madison Academy is not a real high school, yet without realizing it former NRA president David Keene accepted an invitation to address what he thought was going to be its graduating class of 2021.

Instead, the 3,044 chairs in the audience were left completely unoccupied. And not because it was a dress rehearsal as Keene was told, but to represent all of the should-have-been 2021 high school graduates who were killed by gun violence, “The Lost Class.”

The stunt was devised by Change the Ref, an organization deeply involved in the gun control movement. Founded by Manuel and Patricia Oliver, who’s son Joaquin was tragically killed in the 2018 Marjory Stoneman Douglas High School shooting in Parkland, Florida.

Previous Dem Louisiana Gov Vetoes Anti-Trans Sports Bill: It’s A “Solution In Search Of A Problem That Does Not Exist”
Next German Soccer Star Sends “Love” To Hungary’s LGBTs