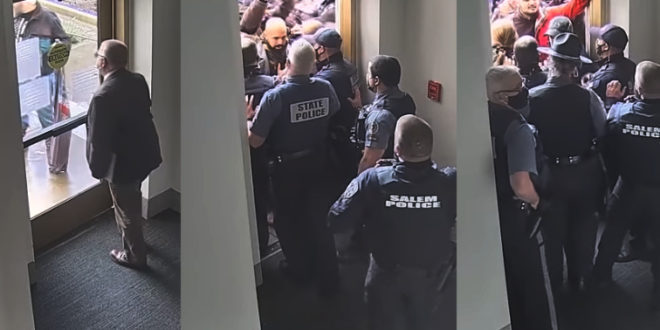 The four-term lawmaker was expelled from the seat earlier this month, after video footage emerged showing him planning a Dec. 21 incursion into the state Capitol by right-wing demonstrators.

Nearman did not respond to a request from OPB to discuss the nomination. The Oregon Republican Party has not returned multiple inquiries.

BREAKING: Oregon lawmakers vote to expel Rep. Mike Nearman, who helped far-right agitators gain entrance into the Oregon state Capitol in December. The expulsion vote was 59-1. Nearman himself was the only “no.”