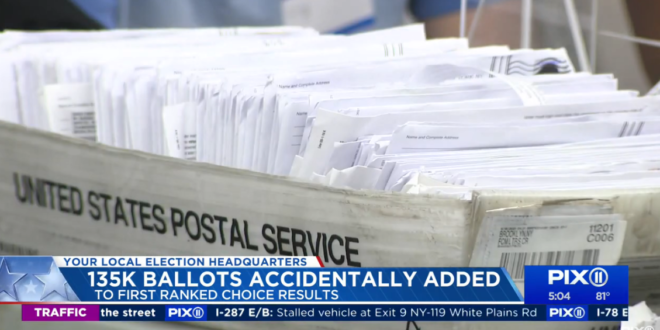 The head of the non-profit, non-partisan group that created the software used by the city Board of Elections to carry out the ranked-choice voting tabulation process said offers to help with a smooth ranked-choice counting process were ignored.

The BOE’s first tabulation of in-person votes (including early voting and on Primary Day) led to sheer chaos on Tuesday night when released with incorrect tallies.

The non-profit, non-partisan group that created the tabulation software used by New York City’s Board of Elections to carry out the ranked-choice voting process said offers to help carry out a smooth RCV process were ignored.https://t.co/z4rRi2zyld