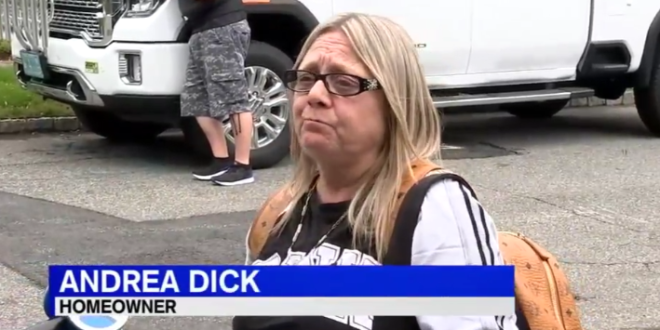 The scene on Andrea Dick’s front lawn in Roselle Park has become either a neighborhood attraction or an eyesore, depending on your political beliefs. The issue is not her strong support for Donald Trump, rather it is her signs in her yard — full of profane language and one showing the former president giving the two-finger salute.

The city wants the offensive signs removed so that children attending the school near the Dicks’ house won’t see the foul language.

“At this stage we have issued a warning, the summons is going out today, if there is no compliance there, then there will be a court appearance and a subsequent fine,” Roselle Mayor Joseph Signorello III said. The fine for keeping the signs up could cost $500 per day.