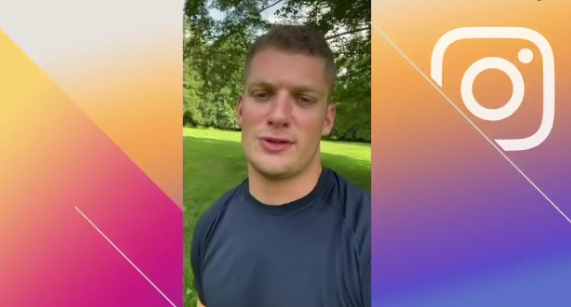 The NFL on Tuesday announced that it is matching Las Vegas Raiders player Carl Nassib’s $100,000 donation to an LGBT organization, a day after the defensive lineman made history by becoming the first active league player to come out as gay.

“The NFL is supporting Raiders DE Carl Nassib by matching his donation with a $100,000 contribution to the Trevor Project, the leading national organization focused on crisis and suicide prevention efforts among lesbian, gay, bisexual, transgender, queer and questioning youth,” the league said in a Tuesday statement.

The NFL said in the statement shared on social media that it is committed to “year-long efforts around diversity, equity, and inclusion,” adding that “we proudly support the LGBTQ+ community.”

We stand beside you, Carl.

Join us by contributing to the @TrevorProject and all it does for LGBTQ+ youth: https://t.co/J8Q22Lyeu7 pic.twitter.com/TI51FbQPaL

We’re grateful to the @NFL for sharing our research and matching Carl’s generous donation to support our vital crisis resources for LGBTQ youth 🌈 https://t.co/ghz1aaJ7GH