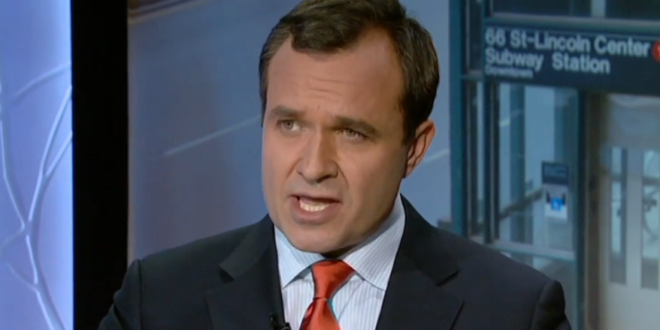 Newsmax Investigates Its Own Host For Racist Tweets

Newsmax anchor Greg Kelly’s tweets on Sunday were so racially charged that even the far-right network said it was investigating. The ultra-conservative host posted a pair of awkward tweets that he later deleted and tried to explain away.

Kelly wrote that knowing the secretary of defense (William Cohen) was white when he was a U.S. Marine pilot “made a big difference with ‘morale.’” In another tweet, he said knowing that then-President Bill Clinton was “a Caucasian male” made “it all worthwhile.”

Read the full article. Kelly recently appeared on JMG when he claimed that the one time he smoked weed he “woke up four days later in Kenya.” Last month the Washington Post wondered if Kelly’s bizarre tweets were some kind of performance art.

In a statement, Newsmax says it understands Greg Kelly’s tweets to be a sarcastic attempt to “indicate his opposition to racism.” But adds:

“We at Newsmax never countenance the posting of racist views or views ⁰that appeal to racists. We are currently reviewing the matter.” pic.twitter.com/xz9YNFDpWk

Greg Kelly appears to have deleted the tweets in question, including this one as well. pic.twitter.com/ReX9Ki9p1p